For Stone Creed Grove, this marks our first ritual of the year performed in our grove’s ritual space at Tredara. This is one of our major Celtic rites, honoring the deities Aine Glas (“Green Aine”) and Aengus Og the Harper, as well as the various tribes of Sidhe-folk. Many of the customs that are typically thought of as May Day traditions, such as the maypole dance, and the honoring of erotic power, are also part of Stone Creed’s annual activities. In addition, if weather permits, we perform our rites under the sky rather than indoors, and use a live tree which is then planted near our summer ritual space.

Video of a Beltaine Ritual

The Maypole Being Tied

Invocation of the Sidhe 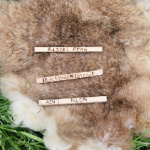 Offering the May Queen's Flowers

Offering Klutes
Our yearly custom of tying the clouts to the tree.

Processional
The Procession circles around the Hallows.

Setting up
Last minute preparations before we begin

As the summer turns into fall, the world has entered the harvest season. For all peoples, this is a time of gathering in as much food as possible, in order

At the time of the spring equinox, the land is in the season of early planting. The sun is now back to being present the majority of the time, the

Blessing Rites are typically performed on the first Friday of the month, but also used as a ritual that can be performed at any time by the whole community gathered